How does the coronavirus pandemic affect the Mittelstand in Germany? What economic policy support measures are appropriate? The IfM Bonn regularly publishes analyses and recommendations in this dossier.

22.01.2021 How to Publish in Entrepreneurship Journals

Research publications are important for an academic career. But how should a research article be designed so that it is accepted by the prestigious journals?

Can households maintain their standards of living when self-employed household members experience income cuts? Dr. Stefan Schneck examined this question and placed the results in the context of the Corona crisis.

Influence of news on financial markets

Schumpeter in the Corona Crisis

19.10.2020 The COVID-19 pandemic has been affecting our everyday social and economic life for for about six months now. When the exogenous shock hit the German economy in March, the first thing we had to do was to counteract the rapid spread of this aggressive virus. This resulted in extensive restrictions in everyday life and temporary plant closures in many economic sectors. The national border closures also aggravated the economic situation in many Mittelstand enterprises, as they no longer had access to the European single market.

In order to be able to immediately cushion the negative economic consequences such as lack of liquidity and unbearable labour costs, the German government launched numerous support measures for the self-employed and companies. For most Mittelstand companies in Germany, it also paid off that they had significantly increased their equity ratio since the financial crisis of 2008/09 thanks to their good profit situation. Only among micro-enterprises, there was a high proportion of companies that did not have any equity - and thus could get into financial difficulties much more quickly.

Figure of the months

more medium-sized enterprises than in 2018 have offered ICT training.

Why the start-up culture in Silicon Valley is different

If one considers - independent of individual entrepreneurial action - the influence of the founding environment, then it can be seen that this promotes incremental innovative start-ups in Germany.

Cooperation with University of Siegen 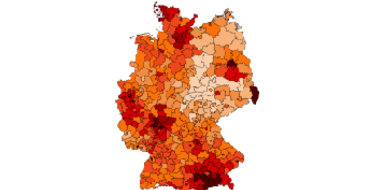 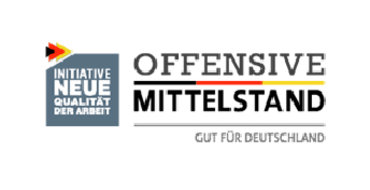 Data of the IfM Bonn

This website uses cookies. Those have two functions: On the one hand they are providing basic functionality for this website. On the other hand they allow us to improve our content for you by saving and analyzing anonymized user data. You can redraw your consent to using these cookies at any time. Find more information regarding cookies on our Data Protection Declaration and regarding us on the Imprint.